How Not to Summon a Demon Lord: Volume 10 (Paperback) 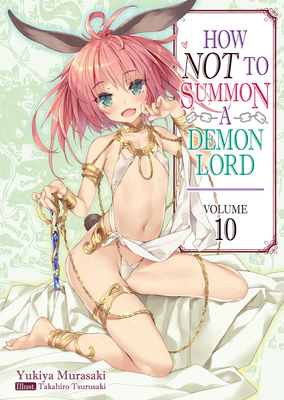 How Not to Summon a Demon Lord: Volume 10 (Paperback)


Not on our shelves. Usually ships in 2-5 days.
Endeavor in my name. I'll allow it Let's go on an adventure then--to the Viridian Cathedral
MMORPG Cross Reverie's top player, Takuma Sakamoto, is summoned to another world where he's forced to play the part of his in-game character, Demon Lord Diablo Diablo has successfully saved Faltra in his greatest battle yet, but there's no rest for the weary
A summons arrives from the Kingdom of Lyferia, demanding Diablo make an audience with the king. However, Diablo also learns the wedding ring he gave Rem actually forms a pair with Shera's Diablo teams up with Faltra's guildmaster, Sylvie, to arrange an official substitute.