How Not to Summon a Demon Lord: Volume 11 (Paperback) 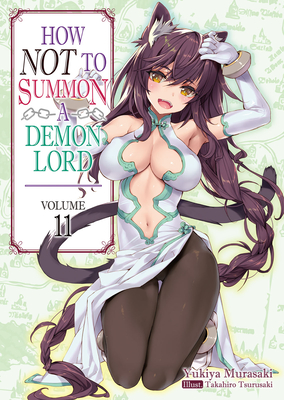 How Not to Summon a Demon Lord: Volume 11 (Paperback)


Not on our shelves. Usually ships in 2-5 days.
The MMORPG Cross Reverie's top player, Takuma Sakamoto, is summoned to another world and forced to play the role of the Demon Lord Diablo After purchasing a new set of rings with Sylvie's help (and completely unrelated to a certain coupon he got), Diablo visits the capital. But he becomes involved in a certain incident at the sorcerer's academy and ends up attracting the attention of the Order of Palace Knights. Taken to meet the king, Diablo grandly declares: "I am Diablo A Demon Lord from another world "Accepting a quest from the king, Diablo makes his way to the south, where Rem's hometown is. But when they see her family's home and business, Rem declares flatly -"They're basically like the yakuza."This is the eleventh volume of the adventures of an earth-shakingly powerful Demon Lord (or at least someone who acts like one) taking on another world