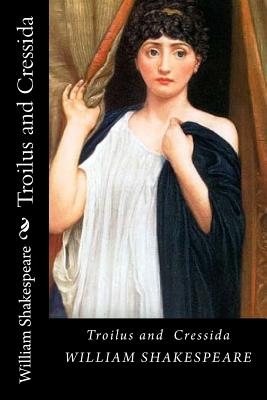 
Not on our shelves. Usually ships in 2-5 days.
(This book is nonreturnable. Nonreturnable books may take up to 3 weeks to ship. All sales final.)
Troilus and Cressida is set during the later years of the Trojan War, faithfully following the plotline of the Iliad from Achilles' refusal to participate in battle, to Hector's death. Essentially, two plots are followed in the play. In one, Troilus, a Trojan prince (son of Priam), woos Cressida, another Trojan. They have sex, professing their undying love, before Cressida is exchanged for a Trojan prisoner of war. As he attempts to visit her in the Greek camp, Troilus glimpses Diomedes flirting with his beloved Cressida, and decides to avenge her perfidy. While this plot gives the play its name, it accounts for only a small part of the play's run time. The majority of the play revolves around the leaders of the Greek and Trojan forces, Agamemnon and Priam, respectively. Agamemnon and his cohorts attempt to get the proud Achilles to return to battle and face Hector, who sends the Greeks a letter telling them of his willingness to engage in one-on-one combat with a Greek soldier. Ajax is originally chosen as this combatant, but makes peace with Hector before they are able to fight. Achilles is prompted to return to battle only after his dear friend and possible lover, Patroclus, is killed by Hector before the Trojan walls. A series of skirmishes conclude the play, during which Achilles catches Hector and has the Myrmidons kill him. The conquest of Troy is left unfinished, as the Trojans learn of the death of their hero.