When Stars Come Out (Paperback) 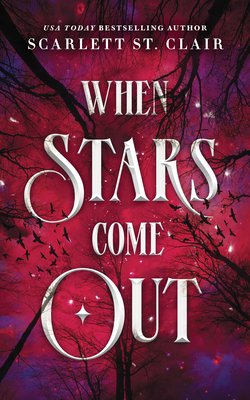 When Stars Come Out (Paperback)

From the brilliant mind of A Touch of Darkness's bestselling author Scarlett St. Clair comes a YA crossover in a darkly unique fantasy world.

Anora Silby can see the dead and turn spirits into gold coins, two things she would prefer to keep secret as she tries to lead a normal life at her new school. After all, she didn't change her identity for nothing.

Hiding her weirdness is just one of many challenges. By the end of her first day, she's claimed the soul of a dead girl on campus and lost the coin. Turns out, the coin gives others the ability to steal souls, and when a classmate ends up dead, there's no mistaking the murder weapon.

Navigating the loss of her Poppa, the mistrust of her mother, the attention of gorgeous and enigmatic Shy, and Roundtable, an anonymous student gossip app threatening to expose her, are hard enough. Now she must find the person who stole her coin before more lives are lost, but that means making herself a target for the Order, an organization that governs the dead on Earth—and they want Anora and her powers for themselves.

Scarlett St. Clair is the bestselling author of the HADES X PERSEPHONE SAGA, the HADES SAGA, KING OF BATTLE AND BLOOD, and WHEN STARS COME OUT. She has a Master's degree in Library Science and Information Studies and a Bachelors in English Writing. She is obsessed with Greek Mythology, murder mysteries, and the afterlife. You can find pictures of her adorable dog Adelaide on her Instagram at authorscarlettstclair, and updates on her books at www.scarlettstclair.com.