Extinction and Evolution: What Fossils Reveal about the History of Life (Hardcover) 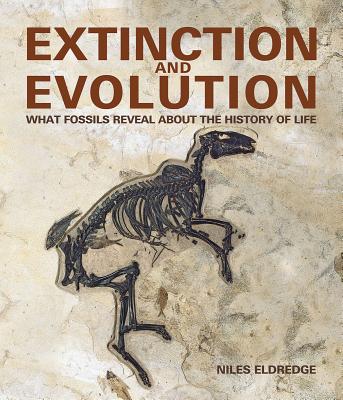 Extinction and Evolution: What Fossils Reveal about the History of Life (Hardcover)

This book is a splendidly illustrated and thoughtfully constructed account of one of the greatest ideas ever conceived by the human mind -- evolution. Eldredge has cleverly combined our knowledge of living organisms with instructive insights into the fossil record to convincingly argue that evolution is, indeed, the grand unifying idea of biology. -- Donald C. Johanson, Founder of the Institute of Human Origins, and author of From Lucy to Language

Extinction and Evolution recounts the work and discoveries of Niles Eldredge, one of the world's most renowned paleontologists, whose research overturned Charles Darwin's theory of evolution as a slow and inevitable process, as published in On the Origin of Species in 1859. Darwin had concluded that evolutionary changes happened very slowly over millions of years. Eldredge's work, however, convinced him that Darwin was wrong and that major evolution of life forms does not happen to any significant degree until after a mass extinction event, thus disproving the traditional view of evolution.

Eldredge's groundbreaking work is now accepted as the definitive statement of how life as we know it evolved on Earth. This book chronicles how Eldredge made his discoveries and traces the history of life through the lenses of paleontology, geology, ecology, anthropology, biology, genetics, zoology, mammalogy, herpetology, entomology and botany. While rigorously accurate, the text is accessible, engaging and free of jargon.

Extinction and Evolution features 160 beautiful color plates that bridge the gap between science and art, and show more than 200 different fossil specimens, including photographs of some of the most significant fossil discoveries of recent years. This is a book with appeal to a broad general audience, including natural history readers and students.

Niles Eldredge is the world's most easily recognized paleontologist and has served on the staff of the American Museum of Natural History since 1969. His theory of punctuated equilibria, developed with Stephen Jay Gould in 1972, was an early milestone. His book Life in the Balance was named the most important science book of 2000 by Publishers Weekly. He lives in Ridgewood, New Jersey. Carl Zimmer is a distinguished New York Times science writer, and author of seven science-related books.