The Queen of Junk Island (Paperback) 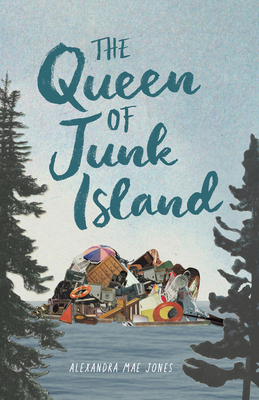 The Queen of Junk Island (Paperback)

From debut author Alexandra Mae Jones comes a compelling, nuanced exploration of bi identity and body image with a ghostly backdrop--perfect for fans of Nina Lacour.

Still reeling from a recent trauma, sixteen-year-old Dell is relieved when her mom suggests a stay at the family cabin. But the much-needed escape quickly turns into a disaster. The lake and woods are awash in trash left by a previous tenant. And worse, Dell's mom has invited her boyfriend's daughter to stay with them. Confident, irreverent Ivy presses all of Dell's buttons--somehow making Dell's shame and self-consciousness feel even more acute. Yet Dell is drawn to Ivy in a way she doesn't fully understand. As Dell uncovers secrets in the wreckage of her family's past--secrets hinted at through troubling dreams and strange apparitions--Ivy leads her toward thrilling, if confusing, revelations about her sexuality and identity.

Set during a humid summer in the mid-2000s, The Queen of Junk Island simmers with the intensity of a teenage girl navigating the suffocating expectations of everyone around her.

ALEXANDRA MAE JONES is a queer writer based in Toronto. Her short fiction has been published in several literary magazines, and she is a freelance reporter for CTVNews.ca. She is the 2020 Prairie Fire Fiction Contest winner.