The Knights Templar: From Catholic Crusaders to Conspiring Criminals (Hardcover) 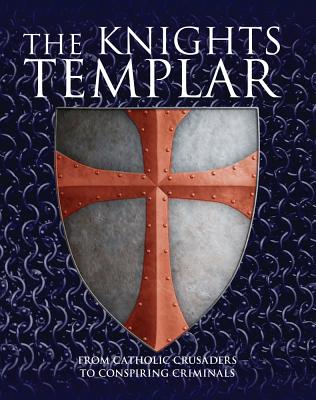 The Knights Templar: From Catholic Crusaders to Conspiring Criminals (Hardcover)


Not on our shelves. Usually ships in 2-5 days.
This fascinating illustrated history delves into the chivalric orders originally founded during the Crusades--revealing the truth behind some of Europe's most misunderstood organizations. The Templars, the Knights Hospitallers, the Teutonic Knights: the chivalric orders founded during the Crusades evoke romantic images of warrior monks who were fierce but spiritual, pious yet battle ready. But what were they really like? How did their organizations form, rise, and decline? And how much of what we believe about them is myth? The Knights Templar tells the stories of the major and minor military orders from the eleventh century to--in the case of the surviving orders--the present day. Organized chronologically, it follows the fates of orders, from the foundation of the Knights of St Peter in 1053 to the major crusading era in the Holy Land in the twelfth and thirteenth centuries, from the Teutonic Knights in the Baltic to the Reconquista in Iberia and on to the Hospitallers' later ventures in the Mediterranean and even in the Caribbean. Full of surprising details, the book not only explores how the military and religious aspects of the orders were reconciled, but also looks more broadly at the orders' work, from the Templars' role in the development of modern banking to hospital, castle, and cathedral building, to the Teutonic Knights' treatment of nonbelievers, to the Hospitallers' battles against Barbary pirates.
Michael Kerrigan was educated at St. Edward's College and University College, Oxford, England. He is the author of The History of Death, A Dark History: The Roman Emperors, Ancients In Their Own Words, World War II Plans That Never Happened, and American Presidents: A Dark History. He is a columnist, book reviewer, and feature writer for publications including the Scotsman and the Times Literary Supplement. Michael Kerrigan lives in Edinburgh.