The Beatles on the Roof (Paperback) 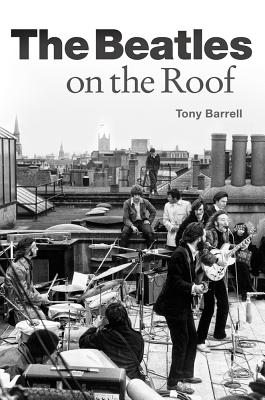 The Beatles on the Roof (Paperback)


On Our Shelves Now. Click on title for location specific availability.
When the world's greatest pop band played their final public concert in January 1969, there were no tickets or posters printed. When John Lennon, Paul McCartney, George Harrison, and Ringo Starr emerged at lunchtime from the headquarters of their own company, Apple, five stories above London's Savile Row, only a select group of people knew what the hell was happening. The rooftop concert was one of the Beatles' most spontaneous acts. The Beatles on the Roof studies the rooftop concert in penetrating detail, uncovering new truths and debunking old myths about the event. Nobody knew it yet—not even the band—but this was the last time they would play live to the public.
Since 1997, Tony Barrell has contributed regular features to The Sunday Times on pop music, modern art, and popular culture. Topics have included The Beatles, Abbey Road Studios, the longest songs ever recorder, the history of tribute bands, the worlds strangest concert venues, and the exercise music used by celebrities. Tony has also interviewed and profiled many music stars, such as Ronnie Wood, Jimmy Page, Shirley Manson, Joan Baez, Alison Goldfrapp, Celine Dion and MIke Oldfield.