You Really Got Me: The Story of the Kinks (Paperback) 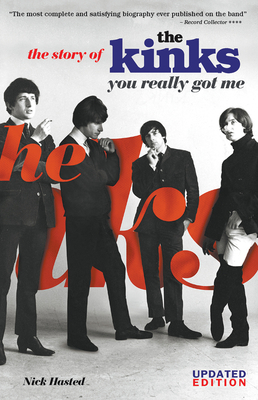 You Really Got Me: The Story of the Kinks (Paperback)


On Our Shelves Now. Click on title for location specific availability.
The Kinks are the quintessential British 60s band, revered for an incredible series of classic songs ("You Really Got Me," "Waterloo Sunset," and "Lola," to name but a few) and critically acclaimed albums (The Village Green Preservation Society). Featuring original interviews with key band members Ray Davies, his brother Dave, and Mick Avory, as well as Chrissie Hynde and many others close to the group, every stage of their career is covered in fascinating detail: the hits, the American successes of the 1970s, and the legendary band in-fighting. Nearly 50 years after they formed, The Kinks' influence is still being felt today as strongly as ever. Now updated to include details of the hit musical Sunny Afternoon and an up-to-the-minute report on the troubled relationship between the Davies brothers, You Really Got Me is the ultimate Kinks biography.
Nick Hasted writes on music, movies, books, and comics for The Independent, The Guardian and Uncut magazine. He is the author of The Dark Story of Eminem and Jack White: How We Built an Empire from the Blues, also published by Omnibus Press.