The Voynich Manuscript: The Complete Edition of the World' Most Mysterious and Esoteric Codex (Hardcover) 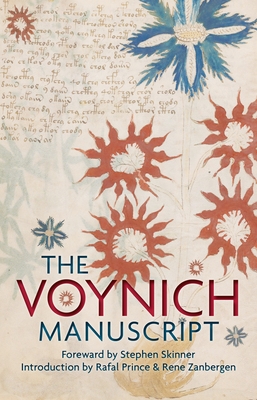 The Voynich Manuscript: The Complete Edition of the World' Most Mysterious and Esoteric Codex (Hardcover)

By Dr. Stephen Skinner (Foreword by)


On Our Shelves Now. Click on title for location specific availability.
Stunning reproduction of the beautifully illustrated and profoundly mysterious Voynich Manuscript. The three authors offer an enlightening interpretation of this unique text that draws on their deep knowledge of late medieval manuscripts, astrology, alchemy, cryptography and herbal and magical practitioners’ handbooks.

“The Voynich Manuscript is the limit text of Western occultism. It is truly an occult book — one that no one can read.” — Terence McKenna, ethnobotanist and mystic
This complete edition of the Voynich Manuscript includes a fascinating and authoritative foreword and introduction by Dr Stephen Skinner, Dr Rafal Prinke and Dr René Zandbergen, who together detail all that is currently known about this mysterious medieval manuscript, the only book in existence that has been written in this particular language and alphabet – a language that nobody can read. Drawing on their extensive knowledge of the period, of other esoteric and alchemical works and of the curious history of the Voynich, they explore its relation to magic and alchemy, and what may be guessed about the meaning of its beautiful illustrations.
This information, together with the images themselves, invites readers to form their own interpretations of this most famous of enduring mysteries.The elegant design of this Watkins edition is a fitting showcase for the manuscript’s strangely beautiful cryptographic script and otherworldly illustrations, which include astrological, astronomy, herbal medicine and enigmatic drawings of naked women bathing.
Dr Stephen Skinner is an expert in 15th and 16th-century manuscripts, having edited Dr John Dee’s Spiritual Diaries. He has written more than 40 books on Western esoteric traditions, as well as academic studies of medieval grimoires and Graeco-Egyptian papyri. His knowledge of the Voynich Manuscript period qualifies him to fill in the gaps in our knowledge of this amazing artefact.

Dr Rafal T Prinke is a historian and an assistant professor at Eugeniusz Piasecki University in Poland. He recently published a book on alchemical writings from the earliest times until the end of the 18th century. In 1995 he became interested in researching the Voynich Manuscript, which is how he met René Zandbergen. Since then he has published several papers on the manuscript, some with Zandbergen.

Dr René Zandbergen has a PhD in space flight dynamics and works for the European Space Agency. He is the creator of one of the best-known websites about Voynich theories: www.voynich.nu