Freddie Mercury: The Great Pretender: A Life in Pictures (Hardcover) 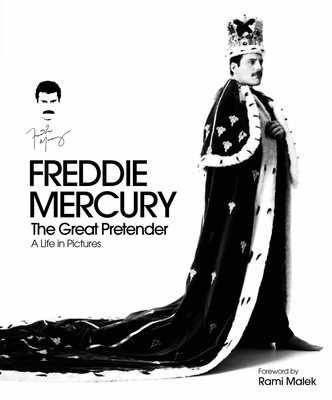 Freddie Mercury: The Great Pretender: A Life in Pictures (Hardcover)


On Our Shelves Now. Click on title for location specific availability.
This fully authorized, visually stunning tribute to the incomparable Freddie Mercury gives fans unprecedented access to one of the world's greatest performers.
Foreword by Rami Malek, Oscar-winning star ofBohemian Rhapsody Widely known as an electric showman with no equal, Freddie Mercury's death in 1991 left the world mourning. This colorful, official volume, filled with rare images and insightful text, painstakingly recounts all aspects of Mercury's colorful, fascinating life. It follows his childhood in Zanzibar, his fame as Queen's lead singer, his solo career, and beyond. The photographs come from the private collections of his parents, Mr. and Mrs. Bulsara, band mate Brian May, and the many notable contemporary photographers who shot Mercury.
Sean O'Hagan is an award-winning journalist who writes about photography for the Guardian and Observer.