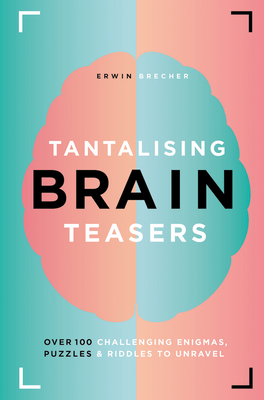 
On Our Shelves Now. Click on title for location specific availability.
Expand your mind with this exciting collection of mental challenges--more than 100--from the seemingly simple to the almost impossible. Challenge yourself with more than 100 different types of puzzles These tantalizing teasers include everything from mind-melting geometry problems to extreme chess enigmas, from logic riddles to card and bridge games. See if you can figure out why a judge had to set an obviously guilty man free, when two missiles will collide, which of several statements is obviously untrue, which letter comes next in a series, how a man managed to marry his widow's sister, and more.
Erwin Brecher, PhD, is a renowned puzzle expert who studied physics, economics, and engineering and worked in aircraft design in England during World War Two. A member of Mensa, he has written many puzzle books and received the Order of Merit in gold from the City of Vienna, in recognition of his literary achievements.