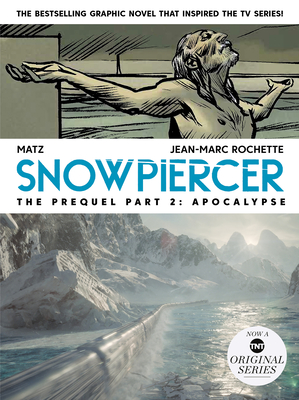 After the extinction event that caused the new ice age, the train Snowpiercer travels perpetually around the globe, with the last survivors of humanity learning to come to terms with their new reality.
Matz aka Alexis Nolent is a French writer. He writes scripts for videogames and has also written a novel and, under the Matz pen-name, a number of comics. His graphic novel, Du Plomb Dans La Tete, AKA Headshot was adapted into the 2012 film, Bullet to the Head.

Jean-Marc Rochette is a painter, illustrator and cartoonist. He has worked across a variety of projects and genres, from science fiction comics to children's cartoons - and including adaptations of Voltaire's Candide and Homer's Odyssey - but Snowpiercer remains the work by which he is most popularly known.