Power-Knowledge in Tabari's «Histoire» of Islam: Politicizing the Past in Medieval Islamic Historiography (Religions and Discourse #62) (Paperback) 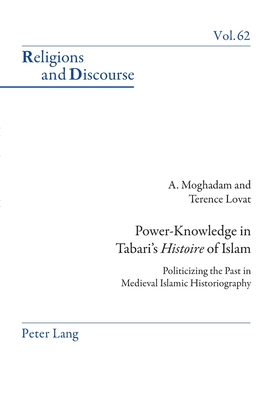 Power-Knowledge in Tabari's «Histoire» of Islam: Politicizing the Past in Medieval Islamic Historiography (Religions and Discourse #62) (Paperback)

This is book number 62 in the Religions and Discourse series.

Muhammad al-Tabari's History, written about 300 years after the establishment of Islam, is one of the religion's most important commentaries. It offers important insights into the early development of Islam, not so much for its history as for the ways it was interpreted and understood. Through application of modern historiographical analysis and scriptural exegesis, the book explores the space between factual history and interpretive history, or histoire. The focus is especially on the ways in which al-Tabari himself understood and interpreted Qur'anic evidence, employing it not so much for literal as for political purposes. In this sense, his work is best understood not as a reliable history in the modern sense but as a politically-inspired commentary. Granted that his work has often been relied on for Islam's historical claims, this book offers important new insights into the ways in which power and politics were shaping interpretations in its first three hundred years.

A. Moghadam is a conjoint academic at the University of Newcastle, Australia. His PhD thesis was on the power and knowledge dynamics in the medieval historiographies. He also works on historical narratives, the problems of historical consciousness, and violence. Terence Lovat is Emeritus Professor at the University of Newcastle, Australia, and holds honorary positions at Oxford and Glasgow Universities in the UK and Royal Roads University, Canada. He has researched and written widely in the area of Islamic theology and education.