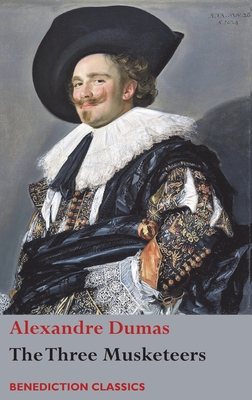 "The name of Alexandre Dumas is more than French, it is European; it is more than European, it is universal." - Victor Hugo

" Dumas was] the most generous, large-hearted being in the world. He also was the most delightfully amusing and egotistical creature on the face of the earth. His tongue was like a windmill - once set in motion, you never knew when he would stop, especially if the theme was himself." - Watts Phillips, playwright and artist.

"Words never failed Alexandre Dumas. In his maniacally productive writing career, he pumped out millions and millions of them: some good, some bad and all indifferent to any value other than propelling a story forward at the giddiest possible pace, if not, perhaps, with optimum fuel efficiency. Dumas's novels are shameless word-guzzlers, big and plush and almost sinfully comfortable: ideal vehicles for the long, scenic excursions into French history he regularly conducted for the newspaper readers of mid-19th-century Paris." -- Terrence Rafferty, New York Times.

The Three Musketeers has it all. Alexandre Dumas' most famous novel and one of the most popular adventure stories of all time is filled with fast-paced adventure, suspense, romance, and comradeship - all in a historical setting. It was hugely popular; after being serialized in the French newspaper Le Si cle in 1844, it appeared in no less than three English translations within the next three years. The novel has been translated into numerous languages and has been adapted to almost every medium - films, stage plays, musicals, animations and even manga and computer games. The phrases "The Three Musketeers" and "All for one and one for all" have entered common usage.

The Three Musketeers recounts the adventures of d'Artagnan, a poor young nobleman, who leaves home and travels to Paris to enter the elite Musketeers of the Guard. He joins the three most formidable musketeers of the age--Athos, Porthos and Aramis--and, together, they get involved in affairs of the state and court. They need to employ all their valour and swordsmanship to triumph over the machiavellian Cardinal Richelieu and the unscrupulous seductress Countess de Winter. This swashbuckling classic is a riveting easy read and one of the most famous historical novels ever written.

This edition is complete and unabridged.

Alexandre Dumas was a larger-than-life character. His published works include novels, plays and non-fiction and occupy 100,000 pages of text. His unpublished works continue to be discovered even into the twenty-first century. Dumas' gifts extended beyond writing. Over the years he employed over seventy skilled assistants to help him complete his many projects, but the storytelling and character development always carry his stamp. In addition, he was a shrewd marketer of his work and this ensured financial success. Always full of ideas, Dumas founded a theatre in Paris in the 1840s and spent three years in Italy participating in Italian unification. He was known for his generosity, his extravagant lifestyle, and his many mistresses. Dumas' life was further complicated by the fact that his father was a freed slave born in Haiti. He is often known as Alexandre Dumas p re, as his son Alexandre Dumas fils was also a successful writer. Today Alexandre Dumas is most remembered for his historical novels The Three Musketeers, The Count of Monte Cristo, and The Man in an Iron Mask.