The Discovery of the Tomb for an Unknown Egyptian Princess (Paperback) 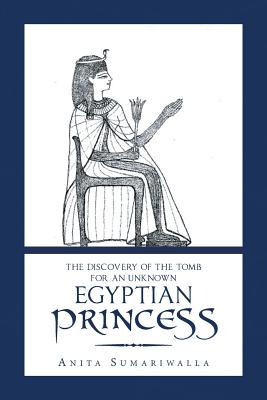 The Discovery of the Tomb for an Unknown Egyptian Princess (Paperback)


Not on our shelves. Usually ships in 2-5 days.
(This book is nonreturnable. Nonreturnable books may take up to 3 weeks to ship. All sales final.)
This novella begins around 1970 at the LaRoches' farm in a small French-speaking village called Sainte Riviere hidden behind the hills above Lake Geneva, Switzerland. At seventeen, Ariane learns her true identity during a visit from a stranger. Her whole life, as she has known it, is turned upside down. Six years later, she graduates from the University of Geneva with a degree in archaeology. The prospect of helping her father and his team to possibly discover an important tomb is irresistible. She works at the Narhami excavation site in a deserted valley in Upper Egypt. The tomb turns out to be that of an unknown Egyptian princess who married a king from Nubia. During these months, Ariane not only finds ancient royal treasures but much more.