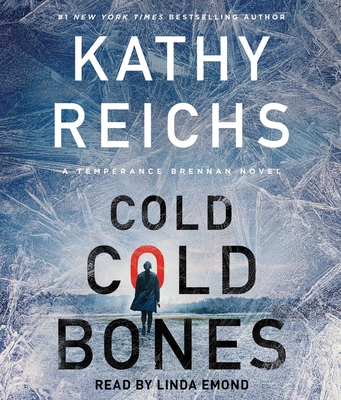 This is book number 21 in the A Temperance Brennan Novel series.

#1 New York Times bestselling thriller writer Kathy Reichs returns with her twenty-first novel of suspense featuring forensic anthropologist Temperance Brennan who, after receiving a box containing a human eyeball, uncovers a series of gruesome killings eerily reenacting the most shocking of her prior cases.

Winter has come to North Carolina and, with it, a drop in crime. Freed from a heavy work schedule, Tempe Brennan is content to dote on her daughter Katy, finally returned to civilian life from the army. But when mother and daughter meet at Tempe’s place one night, they find a box on the back porch. Inside: a very fresh human eyeball.

GPS coordinates etched into the eyeball lead to a Benedictine monastery where an equally macabre discovery awaits. Soon after, Tempe examines a mummified corpse in a state park, and her anxiety deepens.

There seems to be no pattern to the subsequent killings uncovered, except that each mimics in some way a homicide that a younger Tempe had been called in to analyze. Who or what is targeting her, and why?

Could this elaborately staged skein of mayhem be the prelude to a twist that is even more shocking? Tempe is at a loss to establish the motive for what is going on…and then her daughter disappears.

At its core, Cold, Cold Bones is a novel of revenge—one in which revisiting the past may prove the only way to unravel the present.
Kathy Reichs’s first novel Déjà Dead, published in 1997, won the Ellis Award for Best First Novel and was an international bestseller. Cold, Cold Bones is Kathy’s twenty-first entry in her series featuring forensic anthropologist Temperance Brennan.  Kathy was also a producer of Fox Television’s longest running scripted drama, Bones, which was based on her work and her novels. One of very few forensic anthropologists certified by the American Board of Forensic Anthropology, Kathy divides her time between Charlotte, North Carolina, and Montreal, Québec. Visit her at KathyReichs.com or follow her on Twitter @KathyReichs.

Linda Emond has been nominated for three Tony Awards for her work in Cabaret, Death of a Salesman, and Life x 3. For her work off-Broadway, she is the recipient of a Lucille Lortel Award and an Obie. Television credits include Lodge 49, The Good Wife, Succession, and The Gilded Age. Film credits include Gemini Man, The Big Sick, Across the Universe, and Julie & Julia.
"Brennan, a forensic anthropologist, has a sense of humor, and Emond captures it nicely. She also is able to perform both parts of the conversations between Brennan and her PTSD-afflicted daughter, Katy, reflecting their disparate emotions and voices. Her performance as Detective Erskine “Skinny” Slidell, a tough cop and Brennan antagonist, carries the right amount of crankiness."
— AudioFile Magazine