Similes in the Bible (a Compendium) (Religions and Discourse #63) (Hardcover) 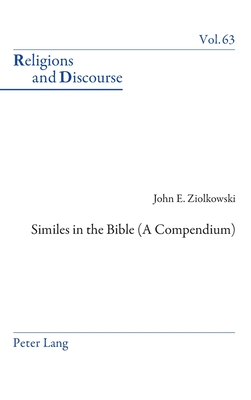 Similes in the Bible (a Compendium) (Religions and Discourse #63) (Hardcover)

This is book number 63 in the Religions and Discourse series.

John E. Ziolkowski received his BA from Duke University (1958) and his PhD from the University of North Carolina (1963). He taught Greek, Latin and classics in translation at the George Washington University for forty years (1967-2007) and served as Chairman of the Classics Department for almost half that time. His publications have been on Thucydides, Roman musical instruments, and the classical tradition. Since retirement he has published studies on similes in Plato and Homer. He has given many public and professional lectures on literary subjects as well as classical influences on the public architecture of Washington, D. C.