The Swahili People and Their Language: A Teaching Handbook (Paperback) 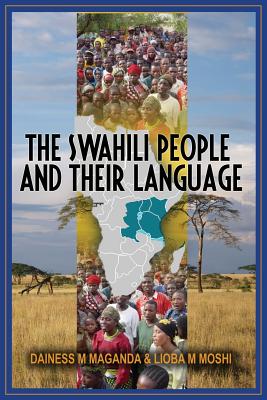 The Swahili People and Their Language: A Teaching Handbook (Paperback)

History is a testament to what happened to a people or a place. It shows how things were and their transformation while explaining why the changes happened. Not only does history allow human beings to trace their trajectory in dealing with specific issues they face in the affairs of making a living, it also highlights movements between people around the world while showing their role in creating systems still in place today. History reveals to us major contributors of the trading systems along the east coast of Africa, documenting the role of the Swahili people and their interactions with different people of the world. The Swahili People and Their Language discusses ways in which the Swahili people came to occupy a prominent position in the world's trading system and how they lost their wealth through their contact with the outside world. The book highlights the strategic position occupied by the Swahili people, their natural resources, their skills and their rich cultural mix and how the contact with the outside world played a major influence that is clearly noticeable to date. The book contributes to the on-going discussion about Africans and their participation in today's development and reminds readers that the creation of the current economic, social and political situation of the Swahili people mirrors the history and positioning of many other formerly independent societies that became colonized nation-states. The authors provide discussions that shade light on critical questions such as: Who are the Swahili people and why are they important? Is there such a thing as a Swahili Civilization? If so, what is it and how does it relate to modern civilization? What place does the Swahili language occupy both in its history and usage on the continent and in the rest of the world?