By Defeating My Enemies: Charles XII of Sweden and the Great Northern War (Century of the Soldier) (Paperback) 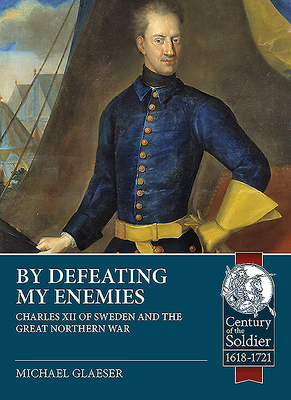 By Defeating My Enemies: Charles XII of Sweden and the Great Northern War (Century of the Soldier) (Paperback)


Special Order - Subject to availability
By Defeating My Enemies is a military biography of Charles XII of Sweden, the first written in English in over 50 years. It challenges several traditions created by historians of both the old and new schools of Carolean historiography and through a chronological review provides a balanced account of the king's life.

Ample space is dedicated to exploring the undervalued pre-war life of the king as his upbringing influenced key decisions on war and how he waged it. As the Great Northern War begins, Charles's involvement on the battlefield and his deep connection with the Carolean army are studied to assess his growth as a commander. The king is followed into the crucible of the Polish-Lithuanian Commonwealth, the fateful march on Russia, exile in Ottoman territory, and the desperate rearguard actions culminating in a second invasion of Norway and his mysterious death at Fredriksten fortress.

Had Charles not inherited the crown, he would be ranked among the great generals of the period and left at that. However, he was the only Swedish monarch born to absolutism and his actions as king, for better or worse, helped decide the fate of his kingdom. Occasional tangents are taken to explore his domestic and foreign policy decisions, and an entire chapter is used to highlight the creation, expansion, and struggles of the Swedish Empire and how Charles had to cope with the geopolitical ramifications left to him by his predecessors.

The book concludes with a review of the king's reputation and literary persona post mortem. An appendix covers additional characteristics of the king that did not fit into the flow of the main text such as image, health, marriage and sexuality, and wealth. Lavishly illustrated with maps and photographs, this book supplements the existing Helion publications on the Great Northern War.