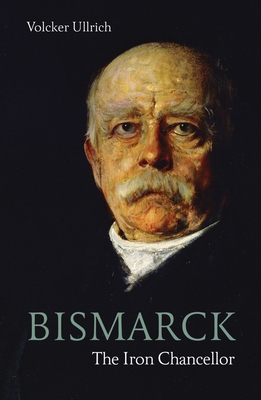 Otto von Bismarck (1815–1898) has gone down in history as the Iron Chancellor, a reactionary and militarist whose 1871 unification of Germany put Europe on a path of disaster leading up to World War I. But, as this new edition of his accessible biography shows, the real Bismarck was a far more complex character.

A leading historian of nineteenth- and twentieth-century history, Volker Ullrich demonstrates that Bismarck—the “Founder of the Reich”—was, in fact, an opponent of liberal German nationalism. After the wars of 1866 and 1870, Bismarck spent the rest of his career working to preserve peace in Europe and to protect the empire he had created. Despite his reputation as an enemy of socialism, he introduced comprehensive health and unemployment insurance for German workers, and he was concerned with maintaining stability and harmony far beyond Germany’s newly unified borders. Comprehensive and balanced, Bismarck shows us the value of looking anew at this monumental figure’s role in European history.
Volker Ullrich was formerly the head of the political section at the weekly newspaper Die Zeit, and he is the author of several books of history.

Timothy Beech is a translator from Germany who currently lives in the UK.

“Ullrich’s eminently readable biography of Otto von Bismarck is just delightful. Packed with quotes and fascinating anecdotes, it paints a vivid and balanced picture of the Iron Chancellor, bringing this complex historical figure to life. Ullrich’s concise analysis loses none of its edge in the refreshing brevity. His book is a brilliant introduction into the life and times of Germany’s first chancellor.”
— Katja Hoyer, author of Blood and Iron: The Rise and Fall of the German Empire 1871–1918

“A brilliant, insightful and elegantly written biography of the most influential German of the nineteenth century.”
— Roger Moorhouse, author of Poland 1939: The Outbreak of World War II