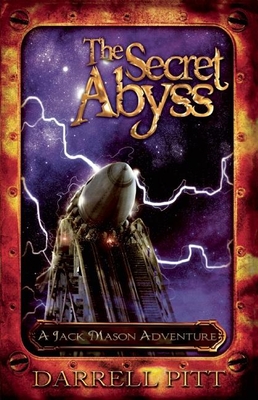 An enjoyable roller-coaster read for fans of Artemis Fowl and Lemony Snicket.--Magpies

I was swept along by the fast-paced plot, captivated by the characters and surprised at a major twist at the end.--Buzz Words

With a handful of clues, Jack, Ignatius, and Scarlett travel from London to New York, in pursuit of the arch-criminal the Chameleon. Here they uncover a plot that will bring the nation to the brink of catastrophe. Can Jack track down the Chameleon in time? And just what is the mysterious whip of fire?

Darrell Pitt's lifelong appreciation of Victorian literature began when he read the Sherlock Holmes stories as a child, before expanding his reading to include H.G. Wells and Jules Verne. This led to a love of comics, science fiction and all things geeky. Darrell is now married with a daughter.