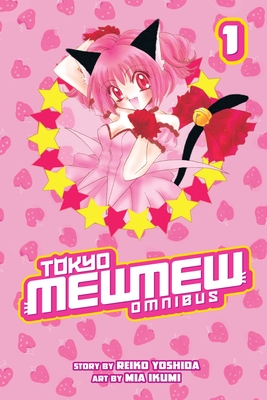 This is book number 1 in the Tokyo Mew Mew Omnibus series.

On her first date with the cutest boy in school, Ichigo is exposed to a mysterious ray that meshes her DNA with that of the endangered Iriomote wildcat. She soon discovers that she has developed superhuman abilities and enhanced agility. Her new powers are put to the test when she leads a team with four other girls, each endowed with special abilities of their own. Together, they must now protect the Earth from an alien menace known as Deep Blue.

This omnibus edition contains volumes 1 and 2 of Tokyo Mew Mew.

Includes special extras after the story!