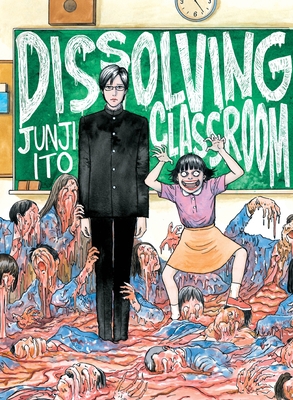 
On Our Shelves Now. Click on title for location specific availability.
A pair of twisted siblings-Yuuma, a young man obsessed with the devil, and Chizumi, the worst little sister in recorded history-cause all sorts of tragic and terrifying things to happen wherever they go. These scary short stories will shock you with a literal interpretation of the ills that plague modern society.
Born in 1963 in Gifu, Junji Ito is the face of Japanese horror. While others came before him, providing well received and recognized inspiration such as Kazuo Umezzu and Hideshi Hino, it was not until Ito broke into the scene that the world truly took notice of the visual and comedic terror that is J-Horror.

Most of Ito's works feature grotesque imagery of human fetishes and obsessions. Since his debut, Ito has penned more than 20 properties, most of them being short story anthologies commonly read within Japan's horror fandom.