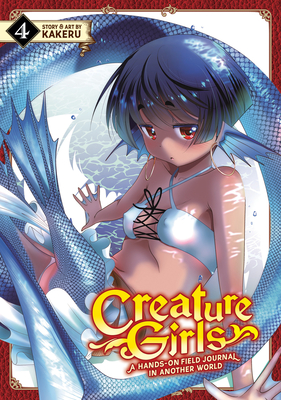 
Not on our shelves. Usually ships in 2-5 days.
A MENACE RISES FROM THE DEEP Science graduate Kurimusubi Daisuke has brought peace and prosperity to the fantasy world he now calls home. Plus he’s making excellent progress on creating a creature girl harem, studying the anatomy of every species of monster girl he comes across! But suddenly, as he’s investigating the body of the merfolk clan’s princess, their village is attacked! These mysterious, hostile entities are known only as “Deep Ones,” and there isn’t much time to rally the village. It’s finally time for the Harem King to lead his creature girls into battle!
KAKERU is a prolific Japanese manga creator best known for series including Mahou Shoujo Pretty Bell, Tenkuu no Tobira, Creature Girls, and Into the Deepest, Darkest Dungeon.