The Complete Guide to CBD: Everything There is to Know About the Healing Powers of Cannabis (Hardcover) 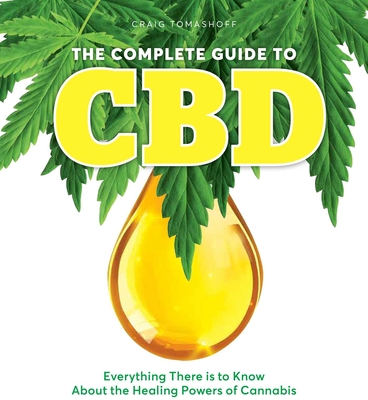 The Complete Guide to CBD: Everything There is to Know About the Healing Powers of Cannabis (Hardcover)


On Our Shelves Now. Click on title for location specific availability.
The comprehensive chronicle of what is being hailed as a medical miracle will explain everything you need to know about CBD.

The future of healthcare may be found in just three little letters – C, B and D.

This compound— officially called Cannabidiol but now known worldwide as CBD—is the revolutionary element within marijuana that has stirred massive public curiosity thanks to its potential healing powers.

Still, the more we hear about it, the more we realize how little we know about this potentially powerful plant. Which is where this premium book comes in.

This comprehensive chronicle of what is being hailed as a medical miracle will explain everything you need to know about CBD. Whether it is the breakdown of the most effective ways consume it, why the government legalized it nationwide (hemp-derived CBD is now legal in all 50 states) and insight into all the conditions it can help (including cancer, migraines, PTSD, sleep, anxiety, muscle pain and even your sex life), this book is a comprehensive look at a wonder drug that is already changing millions of lives.
Craig Tomashoff may not have done it all during his twenty-plus years as a journalist but he’s certainly tried. Whether navigating through the wilds of Hollywood or South American villages, he’s had the presence of mind to write about his experiences for a wide variety of publications, including People, the New York Times, Vanity Fair, the Los Angeles Times, the Boston Globe and The Hollywood Reporter. He has also worked as a producer on a variety of TV shows, including VH1’s Behind the Music, The Late Late Show With Craig Kilborn and The Queen Latifah Show. Somewhere along the way, he’s also written three books: The Can’t-idates: Running For President When Nobody Knows Your Name, You Live, You Learn: The Alanis Morissette Story and (co-authored) I’m Screaming As Fast As I Can: My Life in B-Movies with Linnea Quigley. Craig currently resides in Encino, California, where he enjoys embarrassing his children as often as possible with his love of ‘80s pop music and horrific puns.