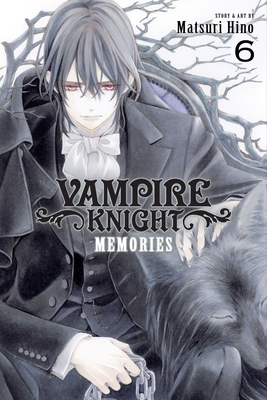 This is book number 6 in the Vampire Knight: Memories series.

Immortal tales of the past and present from the world of Vampire Knight.

These are the stories of what happened during the 1,000 years of Kaname's slumber and the start of his human life.

Kaname wished for peaceful coexistence between vampires and humans, but the path forged by Yuki and Zero has been cut off by the dark, malicious intentions of others. Can they withstand a world shaken by hatred and despair?
Matsuri Hino burst onto the manga scene with her title Kono Yume ga Sametara (When This Dream Is Over), which was published in LaLa DX  magazine. Hino was a manga artist a mere nine months after she decided to become one.

With the success of her popular series Captive Hearts, MeruPuri and Vampire Knight, Hino is a major player in the world of shojo manga.

Hino enjoys creative activities and has commented that she would have been either an architect or an apprentice to traditional Japanese craftsmasters if she had not become a manga artist.