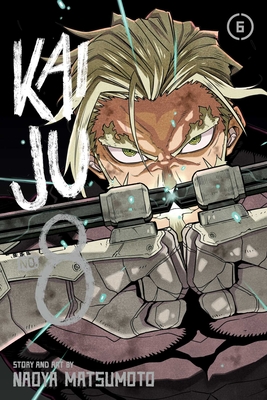 This is book number 6 in the Kaiju No. 8 series.

Kafka has encountered Kaiju No. 9, but he finds himself unable to transform. Luckily, Kikoru comes to the rescue and goes head-to-head with it. Meanwhile, the Kaiju No. 9 that had appeared before Captain Narumi undergoes an evolution during battle! Will Kafka's faith in his companions pay off?
Naoya Matsumoto published his first serialized series, Neko Wappa!, in Weekly Shonen Jump in 2009. His next series, Pochi Kuro, began serialization in Shonen Jump+ in 2014. Kaiju No. 8 is his follow-up series.