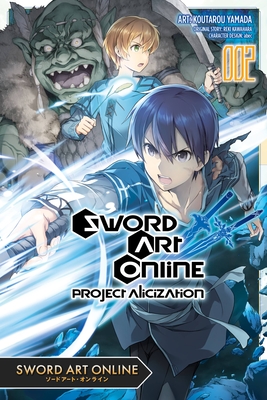 This is book number 2 in the Sword Art Online: Project Alicization series.

“This might be a game, but it’s not something you play.” — Akihiko Kayaba, Sword Art Online programmer
Without any memory of his first stint in the Underworld, Kirito has no idea what to expect now that he’s back inside. In his absence, however, much has happened in the lives of his former companions: Eugeo hasn’t been the same ever since Alice was taken by an Integrity Knight, and to make matters worse, Alice’s sister, Selka, has gone to follow in her footsteps, unaware of the danger that lies ahead…
Reki Kawahara is an award winning author best known for his light novel series, Sword Art Online and Accel World.

Koutarou Yamada is the artist behind the manga adaptation of Sword Art Online: Mother's Rosario.