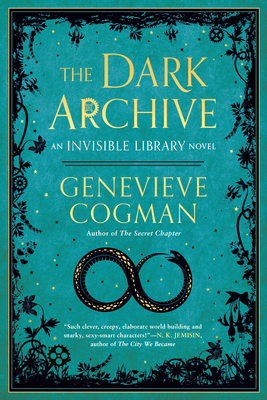 This is book number 7 in the The Invisible Library Novel series.

A professional spy for a mysterious Library which harvests fiction from different realities, Irene faces a series of assassination attempts that threaten to destroy her and everything she has worked for.

Irene is teaching her new assistant the fundamentals of a Librarian's job, and finding that training a young Fae is more difficult than she expected. But when they're the targets of kidnapping and assassination attempts, she decides that learning by doing is the only option they have left ...

In order to protect themselves, Irene and her friends must do what they do best: search for information to defeat the overwhelming threat they face and identify their unseen enemy. To do that, Irene will have to delve deeper into her own history than she ever has before, face an ancient foe, and uncover secrets that will change her life and the course of the Library forever.
Genevieve Cogman is a freelance author, who has written for several role-playing game companies. She currently works for the NHS in England as a clinical classifications specialist. She is the author of The Invisible Library, The Masked City, The Burning Page, and The Lost Plot.
“The lightning-fast pace, colorful characters, and a surprise revelation will thrill fantasy fans eager for more of Cogman’s Invisible Library series.”--Booklist

Praise for the Invisible Library Novels

“A book in which to wallow.”—The Guardian (UK)

“Ms. Cogman has opened a new pathway into our vast heritage of imagined wonderlands. And yet, as her story reminds us, we yearn for still more.”—The Wall Street Journal

“Funny, exciting, and oh-so-inspiring, this is the kind of fantasy novel that will have female readers everywhere gearing up for their own adventure.”—Bustle