The Boba Book: Bubble Tea and Beyond (Hardcover) 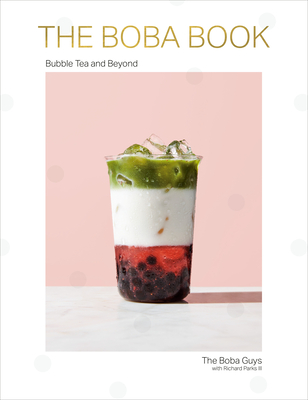 The Boba Book: Bubble Tea and Beyond (Hardcover)


On Our Shelves Now. Click on title for location specific availability.
A beautifully photographed and designed cookbook and guide to the cultural phenomenon that is boba, or bubble tea--featuring recipes and reflections from The Boba Guys tea shops.

Andrew Chau and Bin Chen realized in 2011 that boba--the milk teas and fruit juices laced with chewy tapioca balls from Taiwan that were exploding in popularity in the States--was still made from powders and mixes. No one in the U.S. was making boba with the careful attention it deserved, or using responsible, high-quality ingredients and global, artisanal inspiration. So they founded The Boba Guys: a chic, modern boba tea shop that has now grown to include fourteen locations across the country, bringing bubble tea to the forefront of modern drinks and bridging cultures along the way.

Now, with The Boba Book, the Boba Guys will show fans and novices alike how they can make their (new) favorite drink at home through clear step-by-step guides. Here are the recipes that people line up for--from the classics like Hong Kong Milk Tea, to signatures like the Strawberry Matcha Latte and the coffee-laced Dirty Horchata. For the Boba Guys, boba is Taiwanese, it's Japanese, it's Mexican, it's all that and more--which means it's all-American.
Andrew Chau and Bin Chen are the co-owners and founders of The Boba Guys, one of the country's most popular bubble tea shops with locations in San Francisco, Los Angeles, and New York. They met in 2011 while working in the corporate world, bonded over a game of ping-pong and shared heritage (and of course, a love of boba) with a dream to change the world with boba milk tea.