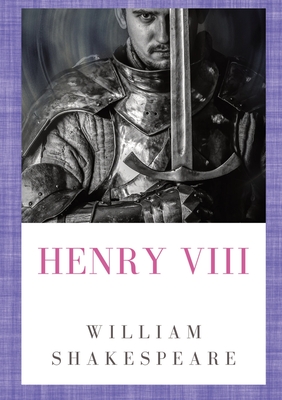 Henry VIII is a collaborative history play, written by William Shakespeare and John Fletcher, based on the life of King Henry VIII of England. 1] An alternative title, All Is True, is recorded in contemporary documents, the title Henry VIII not appearing until the play's publication in the First Folio of 1623. Stylistic evidence indicates that individual scenes were written by either Shakespeare or his collaborator and successor, John Fletcher. It is also somewhat characteristic of the late romances in its structure. It is noted for having more stage directions than any of Shakespeare's other plays.During a performance of Henry VIII at the Globe Theatre in 1613, a cannon shot employed for special effects ignited the theatre's thatched roof (and the beams), burning the original Globe building to the ground.The play opens with a Prologue (by a figure otherwise unidentified), who stresses that the audience will see a serious play, and appeals to the audience members: "The first and happiest hearers of the town," to "Be sad, as we would make ye."Act I opens with a conversation between the Dukes of Norfolk and Buckingham and Lord Abergavenny. Their speeches express their mutual resentment over the ruthless power and overweening pride of Cardinal Wolsey. Wolsey passes over the stage with his attendants, and expresses his own hostility toward Buckingham. Later Buckingham is arrested on treason charges-Wolsey's doing.The play's second scene introduces King Henry VIII, and shows his reliance on Wolsey as his favourite. Queen Katherine enters to protest about Wolsey's abuse of the tax system for his own purposes Wolsey defends himself, but when the King revokes the Cardinal's measures, Wolsey spreads a rumour that he himself is responsible for the King's action. Katherine also challenges the arrest of Buckingham, but Wolsey defends the arrest by producing the Duke's Surveyor, the primary accuser. After hearing the Surveyor, the King orders Buckingham's trial to occur.At a banquet thrown by Wolsey, the King and his attendants enter in disguise as masquers. The King dances with Anne Bullen.