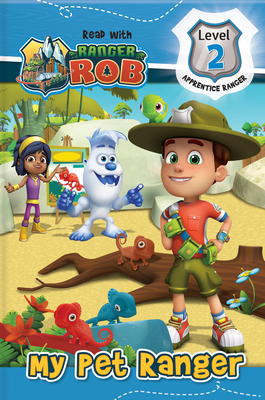 Learn to read with Ranger Rob

Based on the popular animated series Ranger Rob, this book series is designed for pre-readers and beginning readers. In this book, Ranger Rob brings Leon, the new born baby chameleon, to Big Sky Park's for a first visit.

Ranger Rob is a young ranger-in-training who ziplines, swings and even snowboards his way around Big Sky Park, the coolest natural adventure park ever. It features all sorts of ecosystems and Rob thinks of it as his very own adventure-filled playground. There is so much to explore--and you're invited to come along for the ride Based on the popular animated series airing on Universal Kids and Treehouse.