The Eye of the Eagle: John Donne and the Legacy of Ignatius Loyola (Religions and Discourse #49) (Paperback) 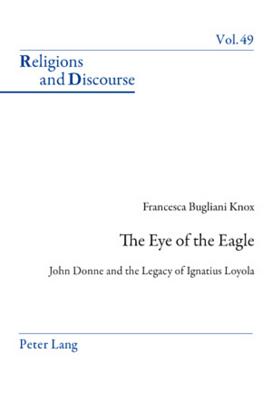 The Eye of the Eagle: John Donne and the Legacy of Ignatius Loyola (Religions and Discourse #49) (Paperback)

This is book number 49 in the Religions and Discourse series.

John Donne's family were committed Catholics. His two uncles were Jesuits. One of them, Jasper Heywood, was the leader of the Jesuit mission in England, while Donne's mother was a recusant who was forced to leave the country in 1595. In this detailed and historically contextualized study, the author argues that Donne was greatly influenced in his journey from militant Roman Catholicism to ordination in the Church of England by Ignatius of Loyola's religious ideals and in particular by his Spiritual Exercises.
The book describes the pervasive influence of the Spiritual Exercises on late sixteenth- and early seventeenth-century Catholicism and Protestantism. In this light, it offers a close reading of Donne's preordination religious poems and prose with constant reference to the sermons. These works are usually read through the tinted lenses of 'Catholicism' or 'Protestantism' or other religious '-isms'. The reading proposed here argues instead that Ignatius's Spiritual Exercises were for Donne a means to transcend the simplistic and perilous divisions of contemporary Catholicism and Protestantism.