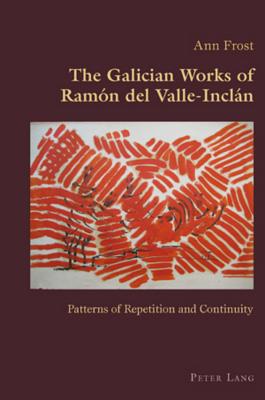 Ram n del Valle-Incl n (1866-1936) was undoubtedly the most controversial literary figure of his generation. Whilst his genius was recognised by fellow writers, the reading public was slow to accept his work, and his theatre taxed directors and audiences alike. One of the harshest criticisms levelled against him concerned his use of repetition. This study shows how the reuse, recycling and development of material becomes one of the hallmarks of Valle-Incl n's writing during the first three decades of his literary career, linking one genre with another and blurring the borders between different aesthetics. The repetition of themes and motifs, characters and stylistic devices reveals an underlying interdependence among works that on the surface appear unconnected or even contradictory.
Many of Valle-Incl n's works have been studied in isolation, rather than as pieces of a whole. This book examines the elements that provide significant links in his writing between 1889 and 1922, most of which shares the common backdrop of Galicia, and demonstrates that apparently unrelated works are part of a larger picture. Despite changes in perspective and genre, there are constants that relate individual works to those that precede and follow, creating a unifying pattern of continuity.
Ann Frost received her PhD from University College London. Since 1988 she has been an affiliated lecturer in the Department of Spanish and Portuguese at the University of Cambridge.