Beyond Rastafari: An Historical and Theological Introduction (Religions and Discourse #56) (Paperback) 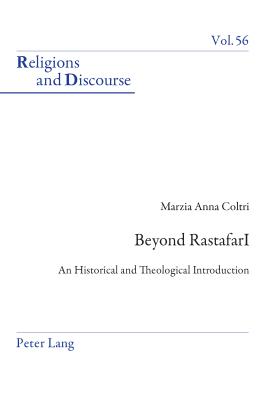 Beyond Rastafari: An Historical and Theological Introduction (Religions and Discourse #56) (Paperback)

This is book number 56 in the Religions and Discourse series.

This book is an invitation to reflect on how a minority culture emerged from within Third World liberation movements. It considers not only the historical and cultural journey between Ethiopia and Jamaica, but also the psychological dynamics of subalterns between the East and the West.
In this work, the author discusses the various beliefs and ideologies of the RastafarI movement in relation to Ethiopia, and challenges the RastafarI misogynistic attitude by rehabilitating the position of women within the movement through the figure of the Queen of Sheba.
Marzia Anna Coltri, a native of Verona, Italy, is lecturer in Christianity at Christ College London through Canterbury Christ Church University. She holds a Laurea Magistrale in Philosophy and in 2012 received a PhD in minority African religions from the School of Philosophy, Theology and Religion at the University of Birmingham, UK. Her areas of expertise are African Theology, Feminist-Womanist Theology and Critical Philosophy. She is part of the Scientific Committee of the European Federation for Freedom of Belief (F.O.B.) and she is a member of the British Association for the Study of Religion (B.A.S.R.).