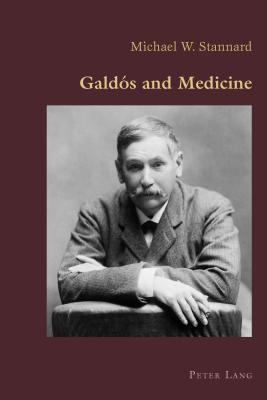 This is book number 66 in the Hispanic Studies: Culture and Ideas series.

Benito P rez Gald's (1843-1920) is revered as Spain's greatest nineteenth-century author. Writing in the realist tradition of Dickens, Zola and Balzac, he described life in Madrid with unequalled fidelity. In addition, he was unique among novelists of his time in his knowledge of medicine, revealed in his depictions of mental and physical disease. While critical analyses of his novels abound, this book is the first detailed study of the medicine that appears in his novels and newspaper articles.
Gald's acquired his medical knowledge at a time of great changes: anaesthesia and antisepsis were developed, and the germs responsible for many human diseases identified. French medicine was especially influential, though increasing international exchange resulted in new ideas also being adopted from England, Germany and Italy. The author of this study analyses Gald s's network of medical contacts, together with some of the sources available to them. Subjects such as epidemic disease, madness and children's diseases are examined and the light they throw upon the medicine of the time is discussed. The concluding chapter of the book assesses the significance of Gald s's depictions of disease and of doctors.
Michael W. Stannard is an Honorary Research Fellow in the Department of History at the University of Exeter. He studied medicine at the Royal London Hospital, graduating in 1966, and then pursued a distinguished medical career that culminated in his appointment as Associate Professor of Pediatric Radiology at the University of Texas Southwestern Medical Center at Dallas. He was awarded his PhD in Spanish literature from the University of Minnesota in 2011.