A New World for a New Nation: The Promotion of America in Early Modern England (Hispanic Studies: Culture and Ideas #10) (Paperback) 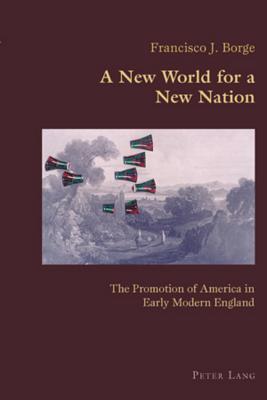 A New World for a New Nation: The Promotion of America in Early Modern England (Hispanic Studies: Culture and Ideas #10) (Paperback)

This is book number 10 in the Hispanic Studies: Culture and Ideas series.

In the 1580s, almost a century after Christopher Columbus first set foot in the New World, England could not make any substantial claim to the rich territories there. Less than a century later, England had not only founded an overseas empire but had also managed to challenge her most powerful rivals in the international arena. But before any material success accompanied English New World enterprises, a major campaign of promotion was launched with the clear objective of persuading Englishmen that intervention in the Americas was not only desirable for the national economy but even paramount for their survival as a new and powerful Protestant nation-state. In this book the author explores the metaphors that dominate England's discourse on the New World in her attempt to conceptualize it and make it ready for immediate consumption. The creators of England's proto-colonial discourse were forced to make use of their rivals' prior experience at the same time they tried to present England as radically different, thus conferring legitimacy to English claims over territories that were already occupied. One of the most outstanding consequences of this ideological contest is the emergence of an English national self not only in opposition to the American natives they try to colonise, but also, and more importantly, in contrast to other nations that had been traditionally considered culturally similar.
The Author: Francisco J. Borge holds Ph.D. degrees from the Universities of Massachusetts (USA) and Oviedo (Spain). He has lectured in English and Spanish Language and Literatures at the University of Massachusetts at Amherst and at Amherst College, and is currently Assistant Professor of English at the University of Oviedo. A specialist in Renaissance England and Spain, he has published numerous articles in journals and books dealing with English early voyages to the New World and the literature that emerged from the encounter.