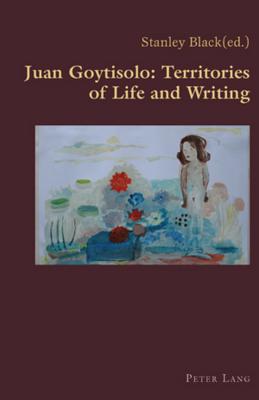 This is book number 17 in the Hispanic Studies: Culture and Ideas series.

This collection of essays looks at the most recent work of Juan Goytisolo from a variety of perspectives and critical stances. The contributors, all specialists in the work of the Spanish author, employ theories of intertextuality, postmodernist irony, queer ethics and even the esoteric science of Huruﬁsm to uncover the complexities of Goytisolo's creative practice, in particular his radical blurring of the generic boundaries between fiction, autobiography and literary criticism. Such challenging of genre conventions is seen as both integral to the author's own questioning of his identity as an expression of his radical dissidence and essential to the response his work evokes in the reader. Life and writing, autobiography and ﬁction, constitute the interconnecting poles of Goytisolo's artistic universe. The essays included in this volume explore the varying patterns of conﬂuence of these twin strands in the writer's later work as a whole, but particularly in novels such as Las semanas del jard n (1997) and Carajicomedia (2000). The essays are set in context by a contribution from Juan Goytisolo himself in which he sums up his philosophy of life and writing as a pursuit of 'non-proﬁtable knowledge'.
The Editor: Stanley Black is a graduate of Queen's University, Belfast, where he also completed his doctorate on the work of the contemporary Spanish novelist, Juan Goytisolo. He is now Senior Lecturer at the University of Ulster where, since 1987, he has taught Spanish culture, politics and society. His research interests lie in the areas of the contemporary Spanish novel, literary theory, autobiography, Spanish history and politics and Spanish cinema. He is the author of Juan Goytisolo and the Poetics of Contagion (2001) and is currently co-authoring a history of Spain since 1939.