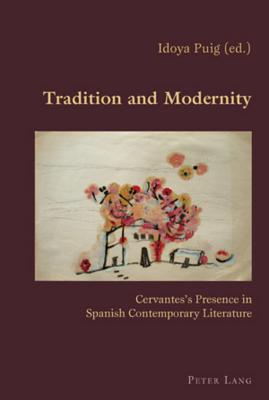 This is book number 21 in the Hispanic Studies: Culture and Ideas series.

The Spanish Golden Age novelist Miguel de Cervantes has long cast a shadow over the writers who have followed in his wake. This book explores the great novelist's influence on contemporary Spanish writers. The links between the Golden Age tradition and contemporary writing are examined by leading academics in the field of the Spanish contemporary novel.
The collection focuses on aspects of literary technique and metafiction, particularly the role of the narrator, the mixing of fictional and real characters, and self-reflection and literary criticism within the novel. These are all techniques that have recognisable Cervantine traits. Other parallels with Cervantes's writing are explored such as the portrayal of a hero with quixotic characteristics and the imitation of specific episodes from Cervantes's works.
The Editor: Idoya Puig has taught at Manchester Metropolitan University since 1994. She wrote her Ph.D. on Cervantes and the Novelas ejemplares at Westfield College, University of London. She has published a number of articles on Cervantes and the portrayal of human relationships in some of his works.