Beyond the Back Room: New Perspectives on Carmen Martín Gaite (Hispanic Studies: Culture and Ideas #25) (Paperback) 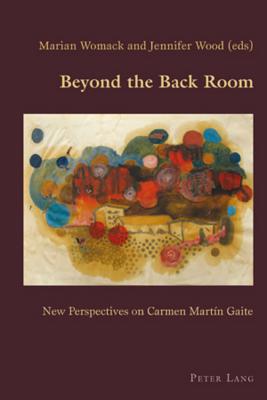 Beyond the Back Room: New Perspectives on Carmen Martín Gaite (Hispanic Studies: Culture and Ideas #25) (Paperback)

This is book number 25 in the Hispanic Studies: Culture and Ideas series.

This collection of essays examines current trends in scholarly research on Spanish author Carmen Mart n Gaite (1925-2000). It concentrates on the least explored areas of Mart n Gaite's oeuvre, such as her collage artwork, the relationship between image and text in her work, and her close relationship with themes such as genre writing, the fairy tale, and textual/physical notions of space, as well as her personal theories on orality and narration. As we pass the tenth anniversary of her death, Mart n Gaite continues to be an increasing focus of study, as scholars start to identify and comprehend the breadth and scope of her work.
The essays in the volume complement previous studies of Mart n Gaite's major works from the 1960s and 1970s by focusing largely on her later novels, together with in-depth analysis of the manuscripts and artistic materials that have been made available since her death.