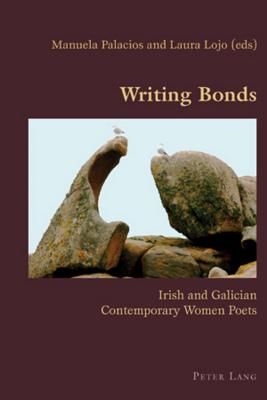 This is book number 26 in the Hispanic Studies: Culture and Ideas series.

This book focuses on the emergence of women poets from the 1980s to the present in both Ireland and Galicia. Departing from common ground in shared myths and comparable political and social circumstances, each contributor to this volume looks into central aspects of Irish and Galician identity issues, which range from configurations of the nation, nature and feminine paradigms, to the poets' elaborations on their own literary practice. The comparative approach followed shows both that questions raised in one community can find relevant answers in the other and that reciprocal knowledge helps to disseminate the writers' work - and the criticism of it - beyond their respective national borders. This collection of essays and interviews also provides both poets and critics with a mutual space in which to voice their concerns, thus bringing down the barrier that is often raised artificially between these two literary activities.
The Editors: Manuela Palacios is Senior Lecturer in English Literature at the University of Santiago de Compostela. She has directed the national research project 'Poetry and Gender: Contemporary Irish and Galician Women Poets'. Her publications include translations of European poetry and narrative, monographs on Virginia Woolf's pictorial imagery and Shakespeare's Richard III, journal articles on ecocriticism, translation studies and twentieth-century writers, and book chapters on literature, the visual arts and women's studies. Laura Lojo is Senior Lecturer in English at the University of Santiago de Compostela. She is the author of a book on Virginia Woolf's short fiction along with several book chapters and essays in literary journals on varied topics, such as the reception of British modernism in Spanish-speaking countries, Irish women's poetry, women's studies and comparative literature.