The Divine Body in History: A Comparative Study of the Symbolism of Time and Embodiment in St Augustine and Rāmānuja (Religions and Discourse #45) (Paperback) 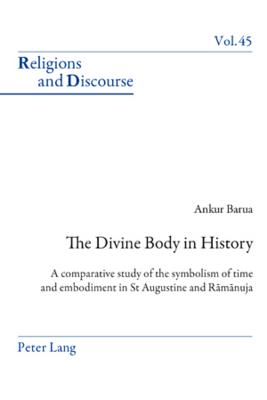 The Divine Body in History: A Comparative Study of the Symbolism of Time and Embodiment in St Augustine and Rāmānuja (Religions and Discourse #45) (Paperback)

This is book number 45 in the Religions and Discourse series.

This is a study in the field of comparative philosophy of religion. It initiates a dialogue between St Augustine and Rāmānuja by focusing on two central themes - time and embodiment - that play a crucial role in their thought. The elaborations of these two themes by St Augustine and Rāmānuja have continued to exert a tremendous influence on the histories of European thought and of Hindu movements centred around the notion of bhakti. The examination of the symbolism through which these thinkers articulate their understanding of time and embodiment also challenges certain stereotypes related to classical Indian thought and Latin Christendom, such as the former's lack of historical consciousness and the latter's denigration of the human body. This study shows how the 'west' and 'east' have traditionally engaged with concepts such as temporality, progress and the metaphysical status of finite and bio-physical reality.
The Author: Ankur Barua completed his undergraduate studies at the University of Delhi before going on to pursue a second B.A. at the University of Cambridge, where he completed his Ph.D. in the Faculty of Divinity in 2005.