Apologia and Criticism: Historians and the History of Spain, 1500-2000 (Hispanic Studies: Culture and Ideas #30) (Paperback) 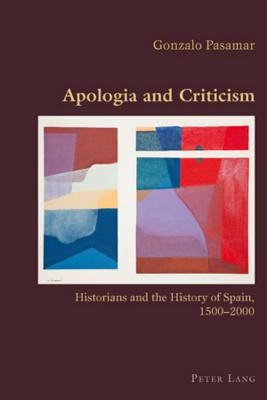 Apologia and Criticism: Historians and the History of Spain, 1500-2000 (Hispanic Studies: Culture and Ideas #30) (Paperback)

This is book number 30 in the Hispanic Studies: Culture and Ideas series.

This book is the first modern overview of the history of historiography in Spain. It covers sources from Juan de Mariana's History of Spain, written at the end of the sixteenth century, up to current historical writings and their context.
The main objective of the book is to shed light on the continuities and breaks in the ways that Spanish historians represented ideas of Spain. The concept of historiography used is wide enough to span not only academic works and institutions but also public uses of history, including the history taught in schools. The methodology employed by the author combines the tradition of studies of national identity with those of historiography. One of the key themes in the book is the role of the historical profession in Spain and its influence on national discourse from the nineteenth century onwards.