Death Be Not Proud: The Problem of the Afterlife (Religions and Discourse #46) (Paperback) 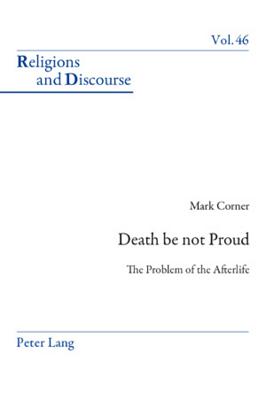 Death Be Not Proud: The Problem of the Afterlife (Religions and Discourse #46) (Paperback)

This is book number 46 in the Religions and Discourse series.

Might people one day live for ever? Would they want to? What sense can be made of ideas commonly referred to in terms of an 'afterlife'? What about notions of Heaven and Hell, of Purgatory and reincarnation? And in what sort of state are human beings expected to be during this 'afterlife' - immortal souls or resurrected bodies (and does either notion make sense)? What about the fact that any 'afterlife' concerns not just the fate of individuals but of society ('communion of saints') and even the physical universe itself?
This book tries to survey some of the existing arguments about life 'after' death, with chapters on material from Christian tradition (particularly the New Testament and the Early Church) and from the philosophy of religion. It then attempts to reach its own conclusions, drawing on Kant and Barth in order to suggest that death is to be overcome rather than survived.
Mark Corner graduated from Cambridge University in 1975 in history and theology and went on to complete his PhD on Karl Barth in Durham. Since then he has taught at the University of Newcastle upon Tyne, the Charles University in Prague and universities in Belgium (Louvain and Brussels). He has published books on both religion and international politics (most recently Signs of God: Miracles and their Interpretation, 2005, and The Binding of Nations: From European Union to Global Union, 2010).