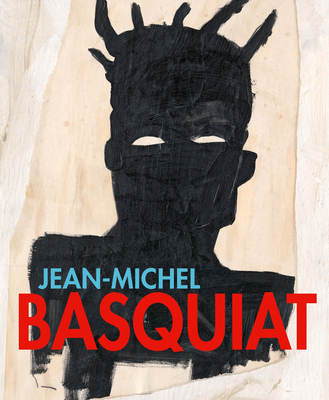 
On Our Shelves Now
This exciting, color-filled retrospective monograph offers new insights into Basquiat’s unique visual language and helps illuminate messages about political and social issues that feel as urgent today as they did a half-century ago.

Jean-Michel Basquiat’s symbolic, complex, and often emotionally charged work made a huge impact on the 1980s downtown New York City art scene. And though his all-too-brief career ended when he died at age 27, Basquiat left behind an enormous legacy—not only in the number of works he produced, but also in the messages he encoded around political, social, racial, and cultural issues.

This exciting book shows how Basquiat used an intricate network of signs and symbols to challenge the very system that made him a darling of the art world. It traces his inspiration from cartoons, children’s drawings, and advertising as well as his own Haitian and Puerto Rican heritage; discusses the influence of African-American, African, and Aztec cultural histories; and shows how Basquiat incorporated into his work classical themes and contemporary icons—from athletes to musicians. What becomes clear is how, even as a young man, Basquiat had a profound understanding of the artist’s role in art history, and of his unique position as a young Black artist in a world of racism, suppression and social injsutice.

This book helps readers decode Basquiat’s unique lingua franca, an intoxicating body of work brimming with social commentary that was in turns incisive, angry, comic, hip, and heartbreaking, and that remains powerful and meaningful today.


DIETER BUCHHART is an international guest curator and Basquiat specialist.

ANTONIA HOERSCHELMANN is Curator for Modern and Contemporary Art at the Albertina Museum, Vienna.

KLAUS ALBRECHT SCHRÖDER is Director of the Albertina in Vienna.