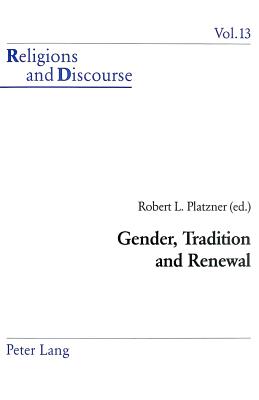 This is book number 13 in the Religions and Discourse series.

This book brings together a number of ground-breaking essays that explore the interface of language and gender-consciousness in foundation texts of Judaism and Christianity. Using critical perspectives that derive from a feminist revaluation of traditional religious discourse, the contributors to this volume address basic questions of meaning and interpretive freedom that are integral to a contemporary reading of Scripture and liturgy. They raise such issues as the relevance of a liturgical tradition in which the Deity is addressed in exclusively masculine terms, and the continued viability of scriptural texts that reflect consistently androcentric values. In each of these essays the authors can be seen to respond to the challenge of the feminist critique of patriarchalism in the Western religious tradition, as well as to the perceived need, within contemporary Judaism and Christianity, for new interpretive models for the reading of sacred texts.
The Editor: Dr. Robert Platzner is an Emeritus Professor of Humanities and Religious Studies at California State University, Sacramento. He is the author of numerous articles on literary and religious subjects.