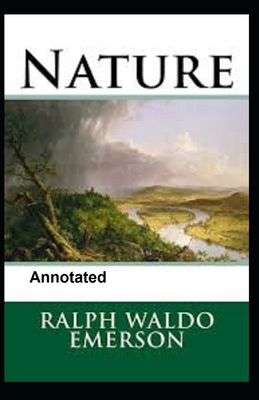 
Email or call for availability information.
Nature is an essay written by Ralph Waldo Emerson, and published by James Munroe and Company in 1836. 1] In the essay Emerson put forth the foundation of transcendentalism, a belief system that espouses a non-traditional appreciation of nature. 2] Transcendentalism suggests that the divine, or God, suffuses nature, and suggests that reality can be understood by studying nature. 3] Emerson's visit to the Mus um National d'Histoire Naturelle in Paris inspired a set of lectures he later delivered in Boston which were then published.Within the essay, Emerson divides nature into four usages: Commodity, Beauty, Language and Discipline. These distinctions define the ways by which humans use nature for their basic needs, their desire for delight, their communication with one another and their understanding of the world. 4] Emerson followed the success of Nature with a speech, "The American Scholar", which together with his previous lectures laid the foundation for transcendentalism and his literary career.