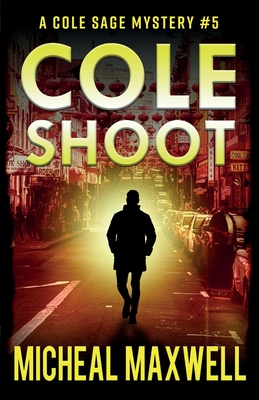 
Not on our shelves. Usually ships in 2-5 days.
(This book is nonreturnable. Nonreturnable books may take up to 3 weeks to ship. All sales final.)
Where Does Justice End And Vengeance Begin? Cole and his girlfriend Kelly Mitchell go to the Chinese New Year's Parade in San Francisco and find themselves in the middle of a shootout between two rival gangs. The violence hits close to home for Cole, as his friend Chris Ramos is killed in the gunfire. Cole sets upon the task of investigating the shootings for his newspaper, The Chronicle. The Stakes Go Way Up Cole is aided by Anthony Perez, a young man he saved from a Southern California gang life. Cole sends Anthony into Chinatown to gather background information for the article. While asking questions, Anthony is taken prisoner by one of the gangs, The Fire Cracker Boyz. A Moral Dilemma How far over the line is Cole willing to go to save his friend? Will he find that he has gone too far in trying to help? Once Cole opens a Pandora's Box of violence, will he have a hard time living with the results? If you like LEE CHILD, DAVID BALDACCI, and JOHN SANDFORD, Micheal Maxwell could be your next favorite author. The Cole Sage series departs from the usual, heavily sexual, profanity-laced norm and gives readers character-driven stories, with twists, turns, page-turning plot lines, and a lot of heart. The series has captured the imagination of readers worldwide.
Readers can't get enough of Cole Shoot
"Mr. Maxwell has done it again This book grabbed my attention from the first page and kept me glued until the end." - Shannon (Goodreads Reviewer) "Excellent mystery about a newspaper man who isn't perfect but has a strong sense of right and wrong and a desire to make things better. Not over loaded with sex and profanity like many crime novels. I really enjoyed this book." - Sandy (Goodreads Reviewer) "I have read several books by this author and wasn't disappointed with any of them. I find there is a subtle moral lesson in each novel that is refreshing by today's standards." - Arlene Gagnon (Goodreads Reviewer) "One of the good things about a Cole Sage book is that they do not need to be read in order. Cole is a reporter from Chicago, with a knack for getting to the bottom of things and digging up the facts." - Jeff Benham (Goodreads Reviewer) "These suspense novels are five star and anyone whom enjoy a mystery. I suggest to pick this series up. The author has a easy going way of putting words to paper. Worthy storytelling." - D. R. Slater (Goodreads Reviewer)