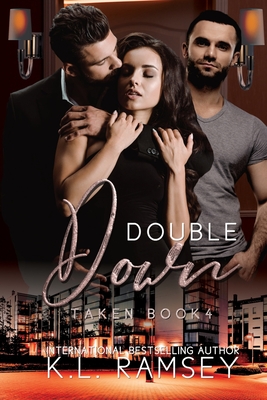 
Not on our shelves. Usually ships in 2-5 days.
(This book is nonreturnable. Nonreturnable books may take up to 3 weeks to ship. All sales final.)
One night. That was all she offered the two handsome men at the bar-one night of passion. She gave them her body and they left her with a secret-one that she couldn't share with anyone else. Lyla was one of the FBI's top agents and when her new partner turned out to be one of the same men she shared one passionate night with, she couldn't believe her rotten luck. She knew that her secret would only keep for so long and Wyatt would find out the truth. They both would. Wyatt and Quinn wanted the sexy brunette sitting at the end of the bar and when she turned them down flat, their desire for her was only amplified. They liked to share women and she was just the type they'd usually chase. Fiery, feisty, with curves in all the right places-she was both of their walking wet dreams. When they finally caught her and she offered them one night, they took it, thinking that it would be enough. But it wasn't. One night with Lyla only served to prove one thing-they had both met their match and would never get enough of the sexy brunette from the bar. Double Down is book four of the Taken series by K.L. Ramsey.